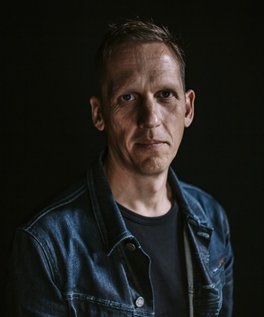 Anders grew up in the small village Norra Vallgrund in the archipelago of Vasa, Finland.

He has a broad musical background starting his musical career as a drummer in a local top 40 band at the age of 13.

Always having a keen interest in rhythmic complex music he gradually turned his interest more and more towards jazz and latin music. He got his his first formal musical training at Lappfjärds Folkhögskola 1987-89 after which he played in the drum corps of the Finnish Army  for 9 months. From 1990-1994 he worked as a freelance musician in the Vasa area playing in a great variety of jazz, funk and salsa bands, doing TV and radio gigs as well as tours in Finland and Sweden.

Feeling a strong desire to further develop his knowledge about jazz and improvised music he moved to Sweden in 1995  to study music at Skurups Folkhögskola. Here he got more into free imrpovised music playing a lot in various duo and trio settings learning to deal with more open musical structures. He continued his studies in music and recieved a bachelor from Malmö Academy Of Music in 2000.  He has since established himself as a well known musician and teacher in Skaane, South of Sweden beeing part of the modern jazz sceene in the area.

He now holds the  position as leader of the Cultural Department at the well renowed Fridhems Folkhögskola.

During the past 15 years Anders has been focusing on groups playing improvised music. Using all his early influences as a big palette to draw from in his playing he's always striving to combine tradition with new ideas, be it open improvisations, complex rhythms or hard swinging grooves.  He's been part of various projects as a co-leader with Un x pected, playing drums in DrumVoiceUnion, TWANG!, Organic Vibes and percussion in The Opposite. He is also one of the six drummers in the internationally acclaimed movies Music For One Apartment and Six Drummers and Sound Of Noise which has led him to do both group and solo drum perfomances  at several filmfestivals and premieres in Europe, USA and Russia. Other artists his been working with includes, Uffe Krokfors, Tane Kannisto, Antti Sarpila, Okay Temiz, Andreas Andersson and Ensemble Barsch, Bobo Stensson, Calixto Oviedo, Ola Åkerman, Johan Leijonhuvud, Fredrik Carlqvist, Cennet Jönsson, Mats Andersson, Miriam Aïda, the art ensemble Heavy Collaboration, Henrik Frisk, Michael Buckley, Ronan Guilfoyle among others and been on tours in Europe and Brazil. 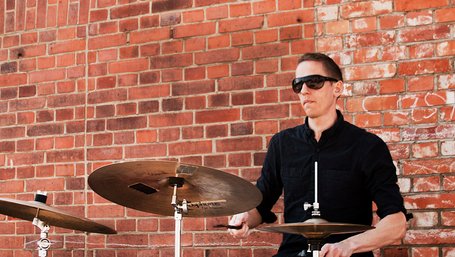 Beside his perfoming career Anders has  always been a dedicated teacher starting giving workshops  and lectures as early as 1988. Through his work at Fridhem, giving rhythm classes to all the students for over a decade, he has developed efficient material for structuring and studying time, subdivisions, polyrhythms and different meters. He's  been part of IRSA (International Rhythmic Studies Association) since the start in 2008 and has given workshops and master classes at their meetings in Sweden and Brazil. He's also teaching drums and percussion at Malmö Academy  of Music.